The National CASARA Executive selected 13 candidates, one CASARA member from each province/territory to attend the course. The plan was to “train the trainer” in winter survival at Camp Jarvis in February 2011. Those trained would go back to their province/territory and train other CASARA members on what they learned from a group of experienced SAR Tech Survival Instructors.

On day one the CASARA members assembled at Camp Jarvis, met their instructors and were shown their sleeping quarters, the para cabins. All students were impressed with their shelter and welcomed the Yukon stove in each para cabin to help keep them warm at night in minus - 30C temperatures. 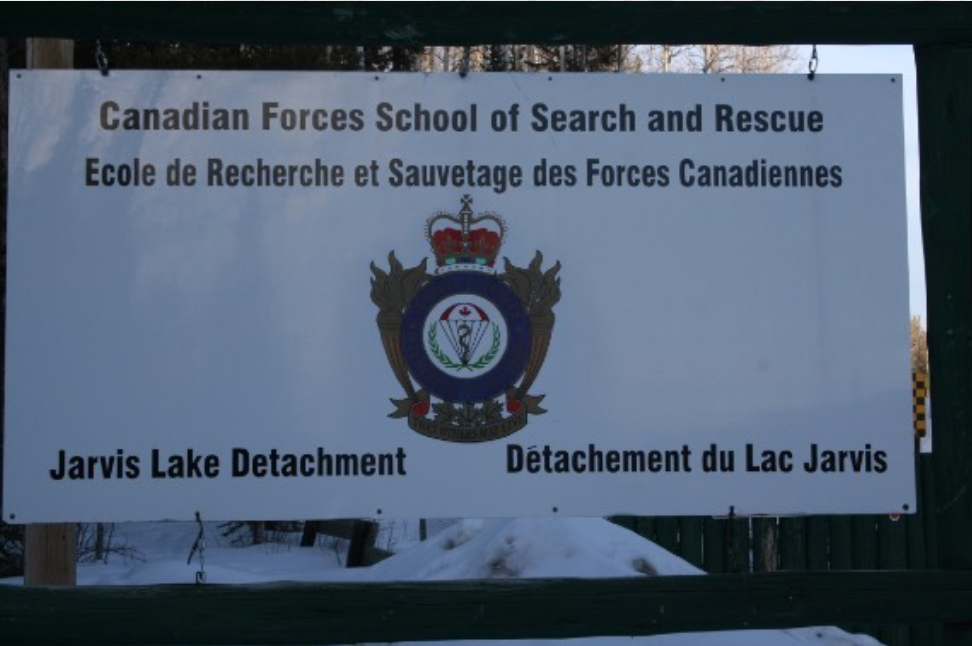 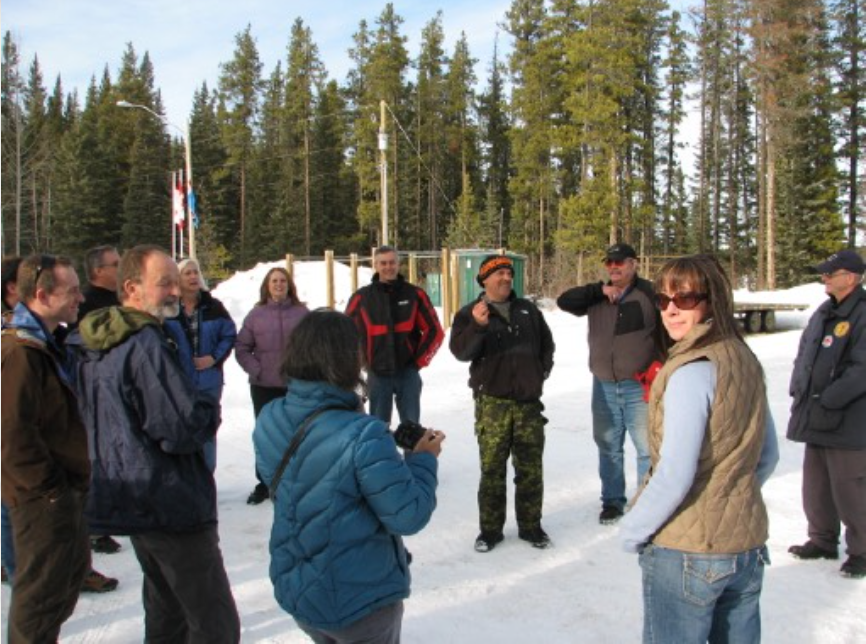 During the next several days SAR Tech instructors taught the survival pattern in the classroom and then took the group out into the woods to demonstrate how its done in the bush. Lean-to shelters were built, rabbit and Ojibway snares were made, signal fires were made and lit, proper sharpening of knives and axes were demonstrated and many other outdoor skills were taught. The students were very impressed with the knowledge and skills that the SAR Techs displayed throughout the entire week during their survival course. 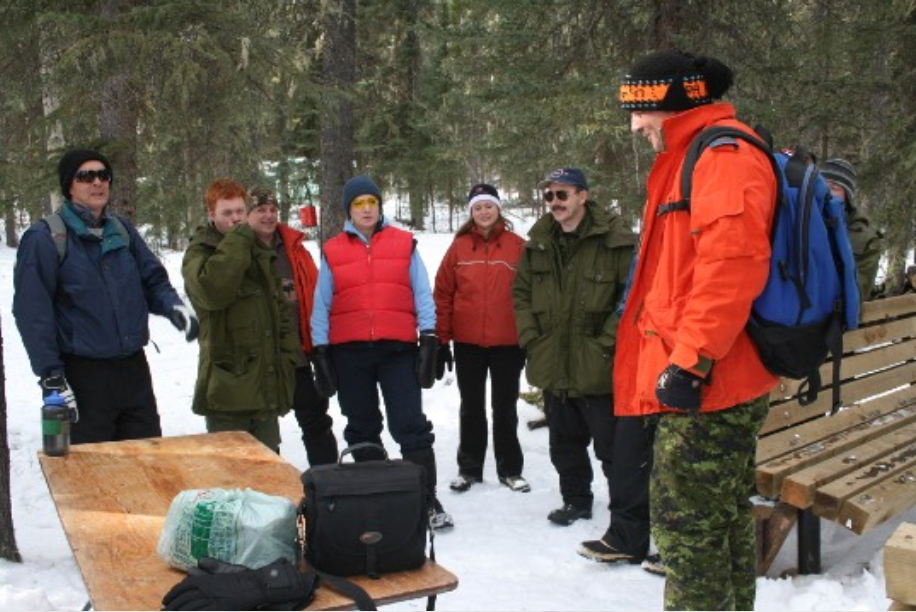 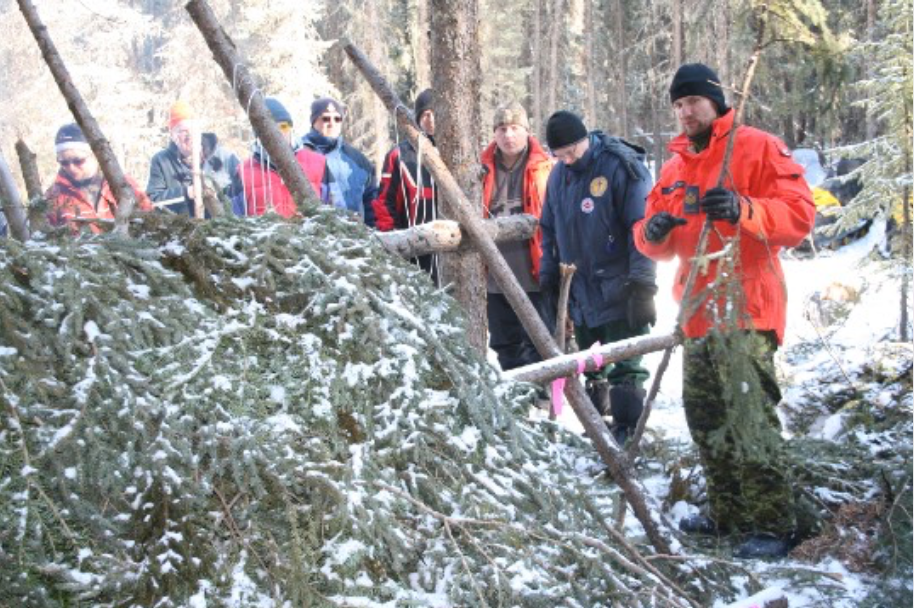 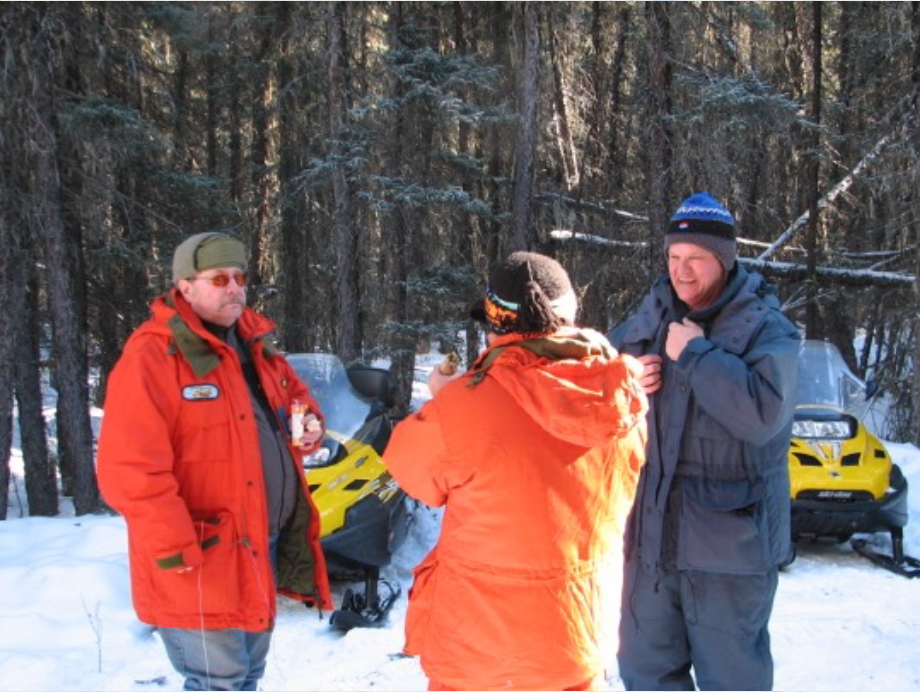 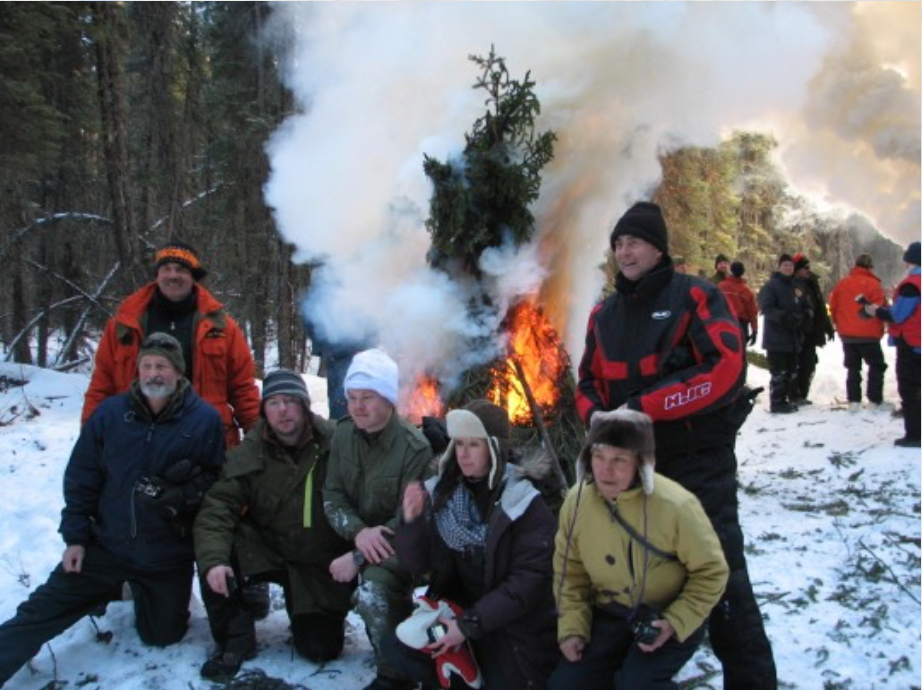 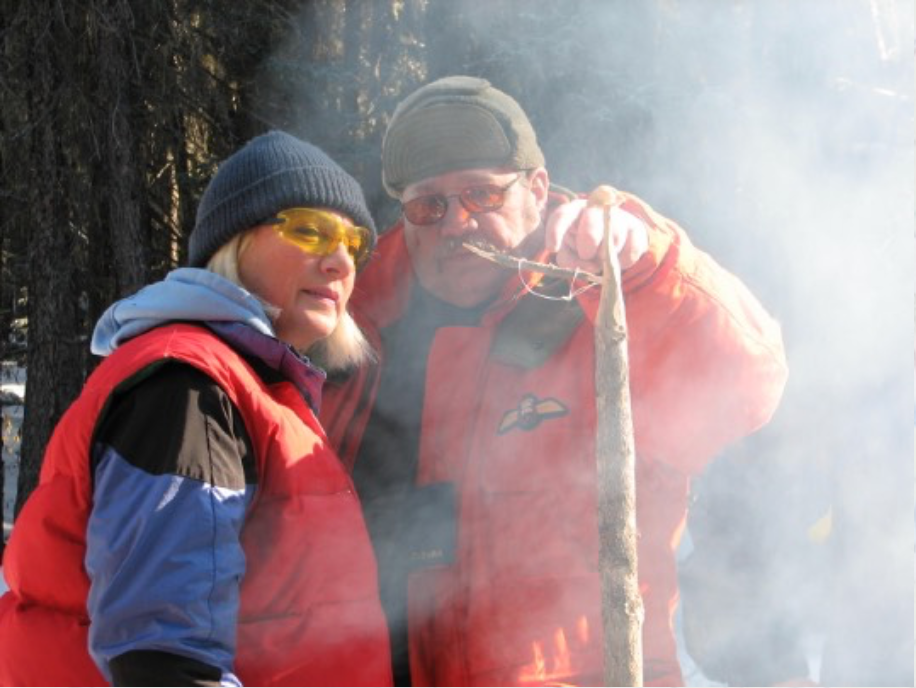 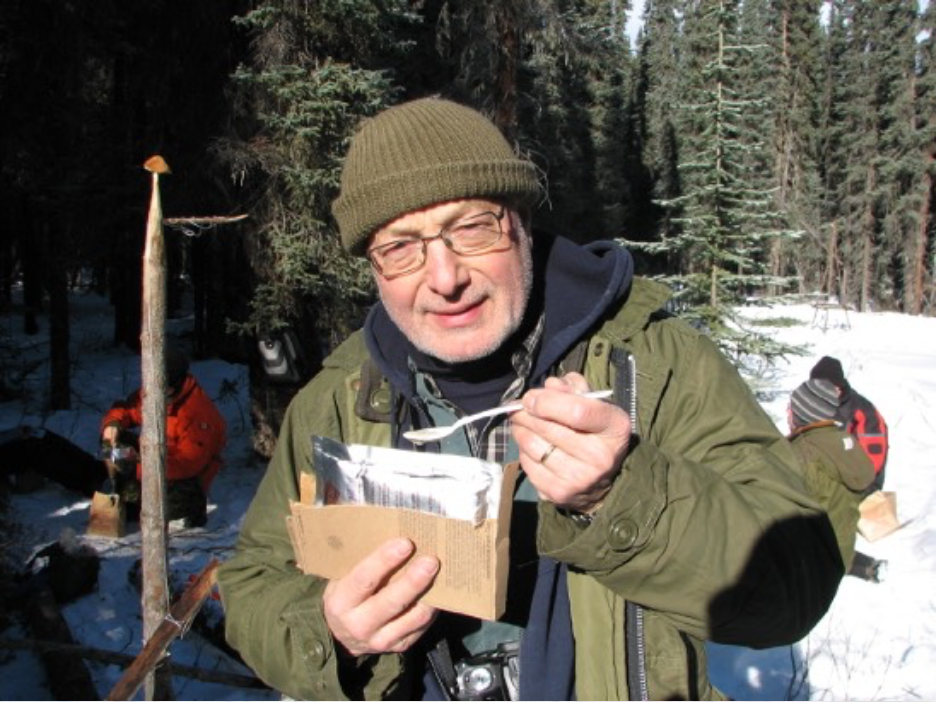 Near the end of the course the students were shown how to build a Quinzee hut shelter and then had to build one themselves. One person brought along a portable igloo making kit and was eager to see if it actually worked as advertised. This proved to be very time consuming and required a lot of snow and energy to build. Eventually it was completed late in the evening but not without the help of many. Needless to say, the Quinzee Hut snow hut was the better option for a shelter. 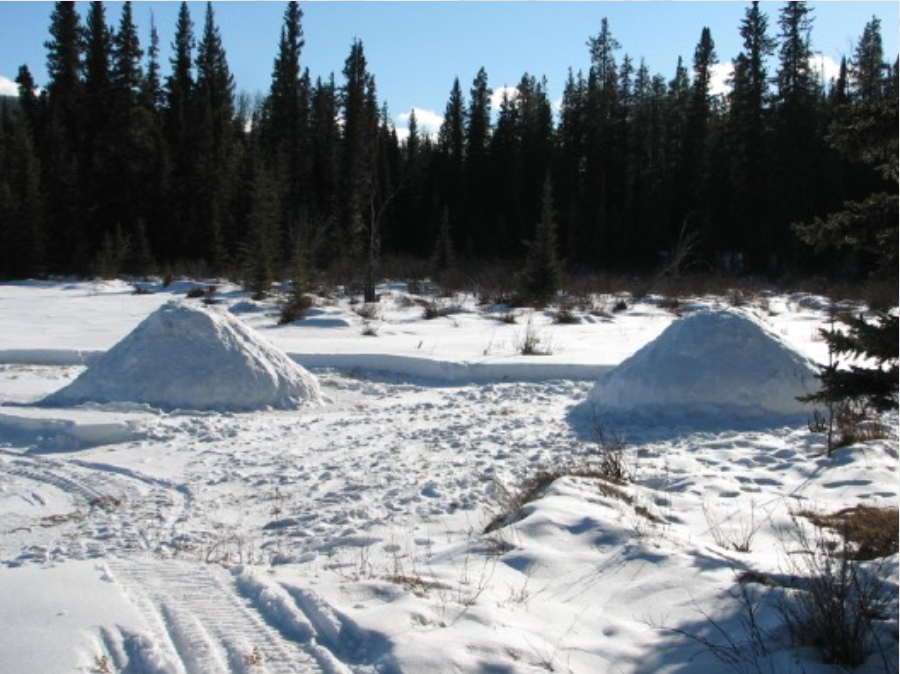 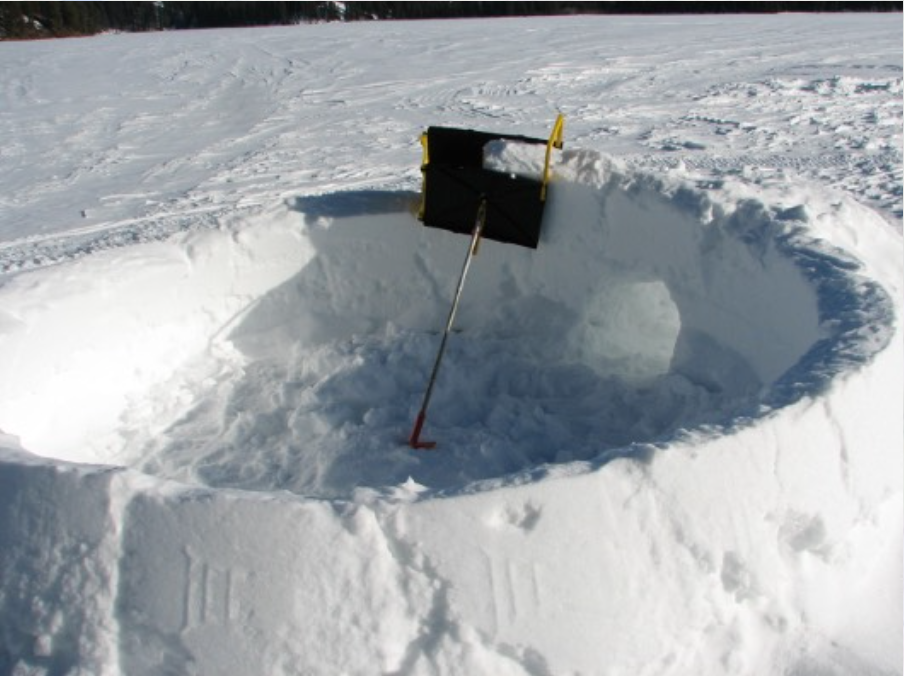 SmartPilot.ca is an aviation website that has been developed by CASARA to enhance flight safety in Canada, with support from the National Search and Rescue Secretariat. SmartPilot will develop an outreach communication tool designed to help maintain a high level of recreational SAR Awareness including elements of flight safety in Canada, with a goal to reduce SAR call outs and save lives. It also provides a rich resource of interesting and informative articles, videos and interactive programming to help better inform pilots about how to be safer in the air.

SmartPilot video production also included organizational videos for CASARA like this one below, showcasing "Who we are".

The CASARA Virtual Trainer is a computer driven program that simulates an aircraft flying over the different terrains found in Canada. It allows various objects of search to be displayed onto a computer screen whereby a spotter has to use their spotting skills to locate the object and report the find to the pilot. They then use proper intercom procedures to call the aircraft around so the pilot has it in their site. Training spotters using the Virtual Trainer saves thousands of dollars in aircraft time and improves spotting skills. 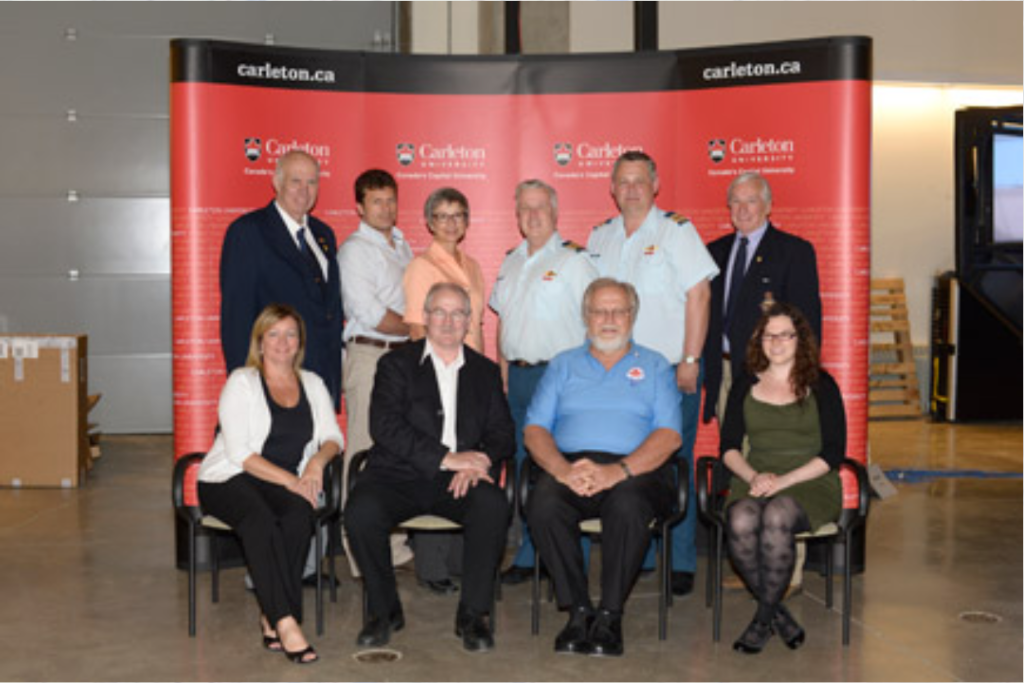 This simulator technology can also promote inter-operability across CASARA zones and provide a base infrastructure for future distributed virtual search and rescue training exercises. The provision of a web-enabled, common repository for training material ensures ready access to information from anywhere in Canada. This technology will enhance the capacity of Northern and remote operations, in addition to providing a common training environment to all CASARA members. 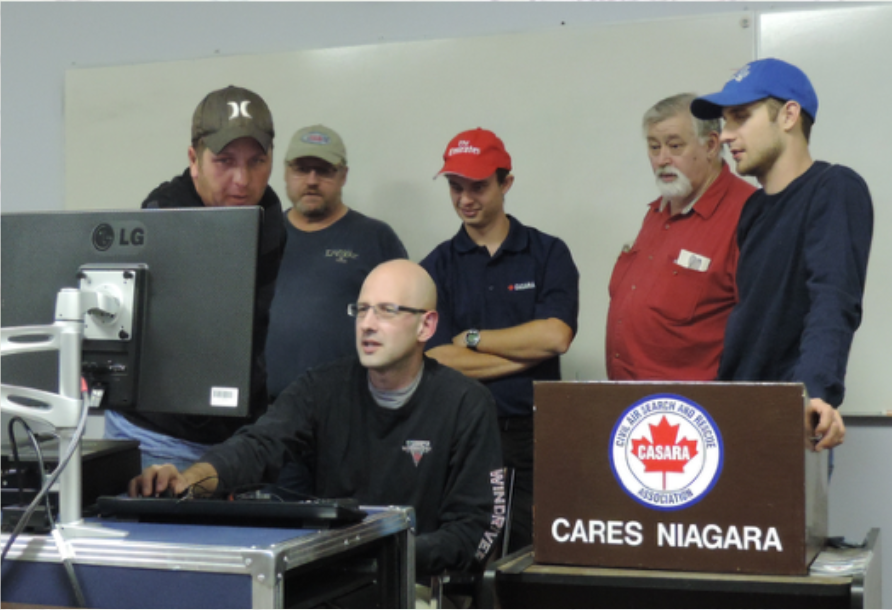 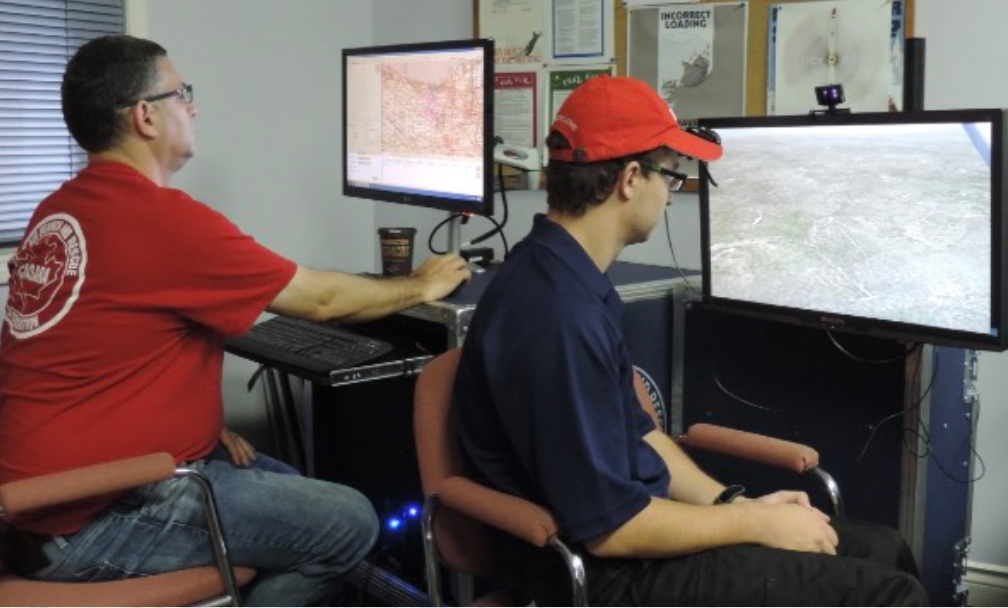 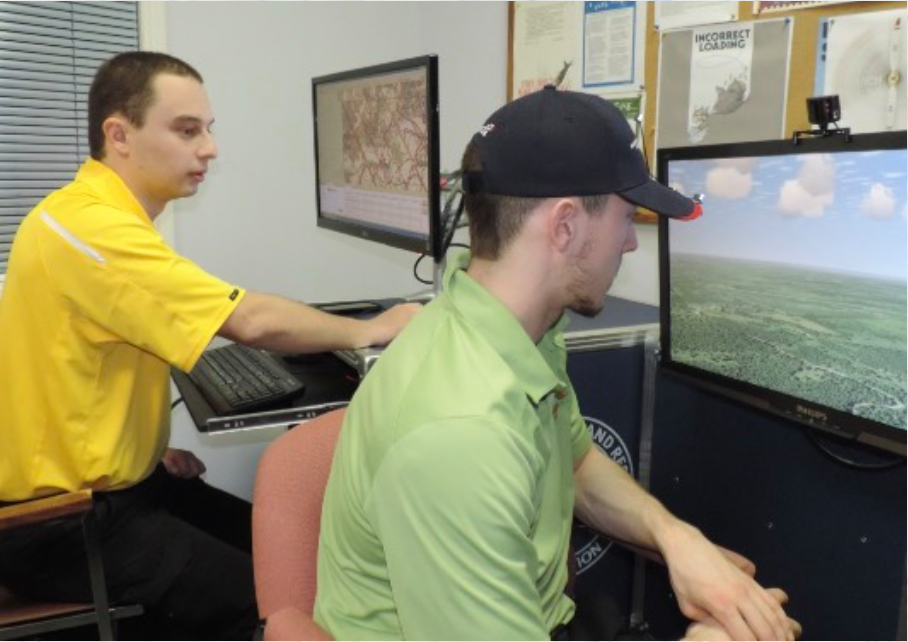 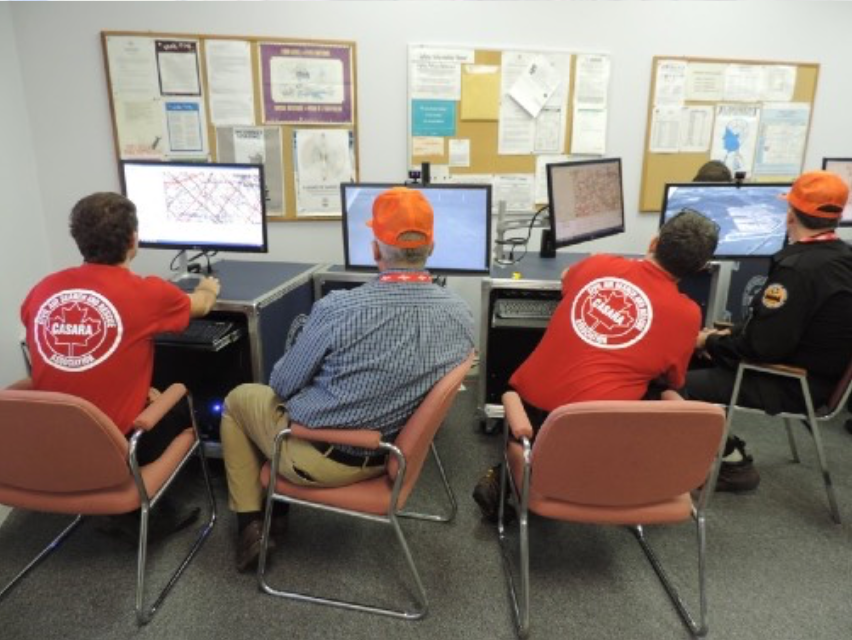 Canada’s Civil Air Search and Rescue Association (CASARA) was awarded the Master’s North American Trophy by the Honourable Company of Air Pilots (North America) [HCAP(NA)] in a November 2, 2015, ceremony at the Canada Aviation and Space Museum in Ottawa, Ontario. The award recognizes outstanding, enduring and meritorious contribution to search and rescue in Canada.

“This award is for aviation excellence in an area specific to flying in North America,” Jeremy Tracy, Chairman of HCAP(NA), wrote about the award to CASARA. “This is a tremendous way to recognize the excellence of your volunteers from CASARA, who have become a mainstay of search and rescue.”

CASARA, a volunteer organization, was formed in 1986 and established as a federally funded Department of National Defence arms-length organization that is tasked directly by the Joint Rescue Coordination Centres throughout Canada. It has operational zones and volunteers in every province and territory, covering about 15,000,000 square kilometres and operating 24 hours a day, 7 days a week.

The principal activities of HCAP involve sponsoring and encouraging actions and activities designed to ensure that aircraft are piloted and navigated safely by individuals who are highly competent, dependable, self-reliant, and respected. The Company fosters sound education and training of air pilots, from initial to specialist training. 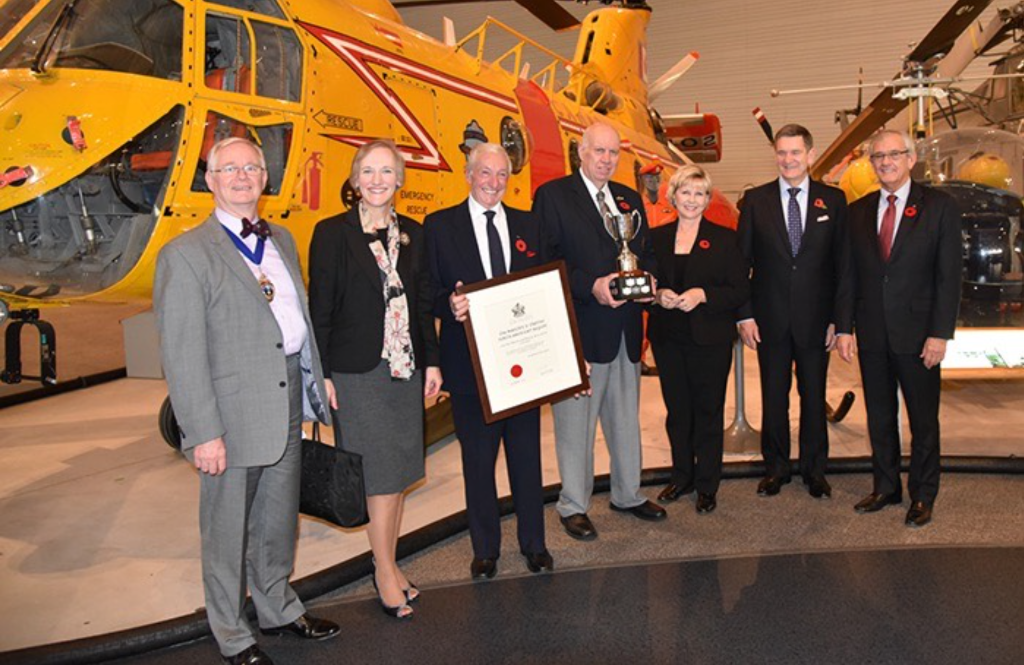